In 1969, the General Electric Company (GEC), a British-based industrial conglomerate involved in consumer & defence electronics, communications & engineering, were based at Hoverdale’s current headquarters, the Whittle Estate in Whetstone, Leicestershire.

The GEC manufactured turbines & machines for power stations. Because of the cyclic nature of this industry, Mike Parker of the manufacturing contracts department began to bring in work from outside the power industry in order to fill spare capacity.

One of these jobs was to machine & stress-relieve rollers for steel mills. During this time, Mike discovered hard metal overlay plate. As the major power station building projects were coming to an end, Mike moved from the GEC & setup 3 different companies, Bond Engineering in Hinckley & then Pinaris & Hoverdale, 2 sister companies that focused on selling hard metal overlay to different industries.

Initially, hard metal overlay was a tough sell. Mike’s overlay plate was 10 times the price of steel and, although it offered 30 times the longevity, potential customers simply didn’t believe it.

Mike ended up giving samples for people to use in order that, months and years down the line the customers would see just how hardwearing his hard metal overlay was.

Mike believed in the product so much that he sunk everything into it and, at one point, had to sell his car in order to stay true to his vision. He waited, hoping that the sacrifice would pay off.

In order to win one of his first customers, Whitwick Quarry, Mike made them an offer. The Quarry were about to order spare parts for £68. They would make a replacement order in 3 months’ time and one 3 months afterwards. Rather than sell his product for a higher fee, Mike offered the company the superior hard metal overlay for £68 making the following wager:

“If the overlay doesn’t last, I’ll give you a full refund. If it does, however, you’ll pay me £68 every 3 months that the overlay is still in service”.

Sam Chambers of Whitwick Quarry was intrigued & took Mike’s wager. After 3 months Mike got another £68. After 18 months, Whitwick Quarry began to realise just how good the product was and formalised regular orders. Mike let Mr Chambers off the bet after 2 years with the overlay still in service.

Soon orders came in & the company began to build its order book. They moved to the Dunlop factory at St Mary’s Mills in Leicester.

In 1973, Hoverdale took on its first full-time engineer and the company continued to expand into mines, & quarries across the UK.

In 1976, Hoverdale had the opportunity to visit Dosco Mining Machinery who were having problems with their machinery friction welding and were having a range of products tested in labs to find the best material. The chief engineer agreed to see Mike, who, it appeared, seemed to be selling bark by the look of the product in its natural form. This intrigued the chief engineer &, out of curiosity, he agreed to test the product. Hoverdale’s overlay outperformed all other materials tested and was tested at more than twice the load of anything else. The labs were unable to get the hard metal to friction weld under any loads because it was a low friction material.

The company made an immediate order for the product to go on 10 track-mounted heading machines per month. Within months, this grew to 300 machines a month that were using the overlay. Initially, Hoverdale teamed up with a grinding company to grind the necessary materials. By the end of the 1970s, they had bought the grinding company & Hoverdale had a grinding arm to its business.

With the profits the company was making from the customers that were now seeing how well hard metal overlays were working, Hoverdale invested in expanding into South Africa in 1976. The company opened its Johannesburg headquarters in 1980 and supplied the following industries all over Africa:

Hoverdale South Africa was a big success and the company had really hit its stride.

Unfortunately, in 1984 the mining strike in the UK changed everything. 85% of the company’s orders stopped overnight & the vast majority of Hoverdale’s UK customers and all of the mining OEMs went out of business. Hoverdale made the pragmatic decision to close the South African operation and to rebuild the business to focus on the steel, quarry & cement industries and in exporting to the United States & Chile.

This pivoting opened up new opportunities. With success in Chile, Hoverdale opened up a sister company, Ford Steel Chile, which Hoverdale maintain an interest in to this day. The company also supplied the building of new infrastructure projects at Port Talbot & Llanwern.

In 1986, Hoverdale won the contract to supply conveyor rollers for the Channel Tunnel, a job that continued up to the opening of the tunnel in 1994. The Channel Tunnel remains one of the largest engineering projects ever undertaken in the UK and has been names as one of the seven wonders of the modern world.

Hoverdale’s regrouping was a successful move & they continued to work on efficiencies. The company signed up a private label deal with a major supplier that continues to this day which, at the time, was taken on to challenge the company staff. The result was that the company streamlined their processes and simplified their products enabling them to become more competitive.

Work continued on large projects with Hoverdale being involved at Redcar & in all of the quarries around the country.

In the 2000s, Hoverdale began to work on improving their hard metal overlay capacity by investing in, designing & developing a machine that meant they could produce their overlay 10 times more quickly.

This decade, the company has continued to expand overseas and has developed its approved supplier portfolio to include some of the largest industrial names in the UK including Lafarge Tarmac, Biffa, Aggregate Industries & Tata Steel. Hoverdale continues to supply products, services, consultancy & expertise across the globe from its original home, the Whittle Estate in Leicestershire. 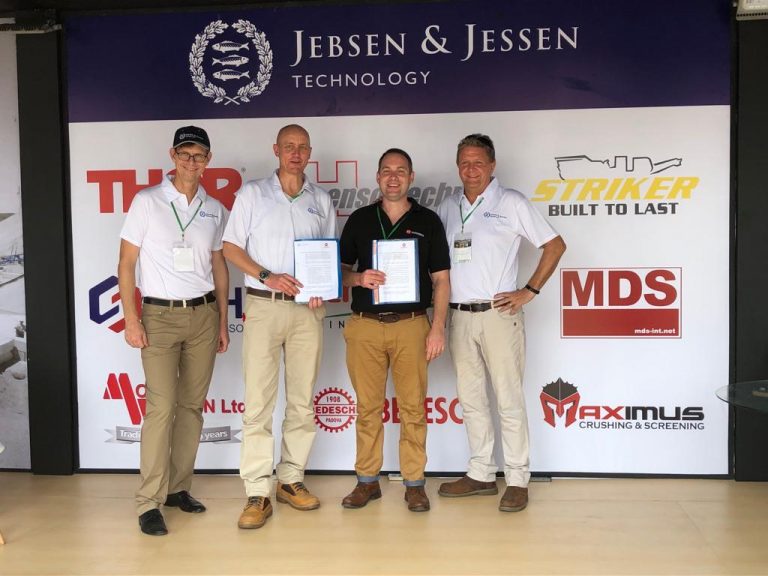