Plant & equipment supplied by a German OEM was beginning to wear out after a waste management plant had been in operation for 18 months.

Hoverdale were called in to help reduce maintenance costs in this plant, especially in relation to a screw feeder which fed material up a slope into the next part of the process.

Trough liners, supplied by the OEM, were rigid & fixed in place. In addition, because the OEM had gone out of business, the client was having to keep volumes of the troughs in stock because they didn’t know where to find an alternative.

The client was using types of trough liner:

Hard plastic: Polypropylene which was pre-formed 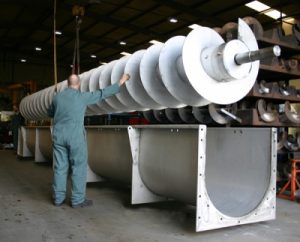 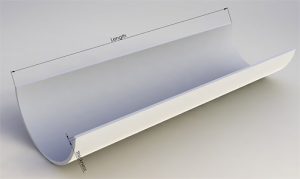 The client’s main objective was:

To find a supplier that could provide a better outcome with longer life thus reducing the maintenance costs and reducing the need to carry stocks of parts.

With the OEM going out of business, the client didn’t have anyone to consult with on reducing maintenance costs of the plant.

Replace the Polypropylene liners with Polyurethane liners in the dry section

Hoverdale’s PU troughs were as hard as the OEMs troughs but were more flexible making for easier storage. The Ultraclad liners would bring about a 7 times increase in life for a similar cost.

Their Measures for Success

The client had 2 main measures for success.

A simple change over to new materials when the original material had worn out.

Value to the Customer

The value for the customer was significant:

Our products are used in 5 continents and our expertise spans the globe.
Book a site visit now! The savings will more than pay for your time or your money back.